Introduction to road transport in India

Road transportation is India's predominant means of transport for goods and passengers. At 6.3 million kilometres, the length of roads in India is the second-largest in the world. The density of roads is comparable to major European countries. 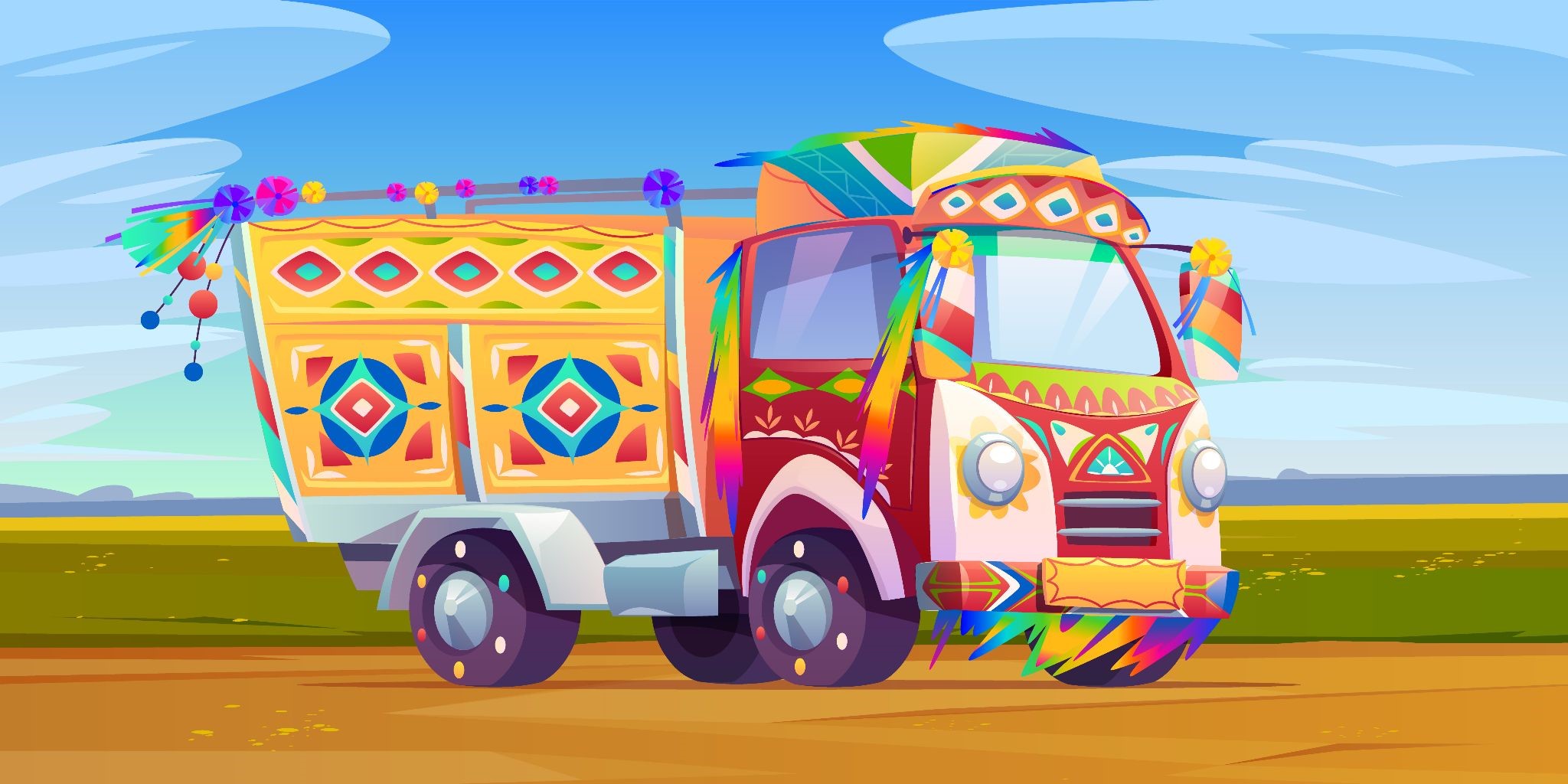 Caption: Road transport is the frontrunner in the Indian transportation industry.

Source: Image by vectorpouch on Freepik

Road transportation is one of the earliest modes of transportation in India. The Indus Valley Civilization in antiquity featured well-planned roads in the cities. Later, major empires such as the Mauryans and the Mughals helped establish longer roads connecting key towns. Under British rule, major metalled roads connecting important economic and administrative centres began.

A pan-Indian network of roads began to take shape around Independence. Early plans were proposed to increase the density of roads in India. A series of 20-year plans, known as the Nagpur Plan (1943-1961) and the Bombay Plan (1961-1981), aimed to improve the length of roads in India significantly. The National Highway Authority of India (NHAI), was established in 1988 to oversee the development of cross-state roads.

Development of roads under the NHAI accelerated in the 1990s, with the National Highway Development Project (NHDP) launched. Its centrepiece is the Golden Quadrilateral initiative, which connects four key cities - Delhi, Kolkata, Chennai and Mumbai. The NHDP also aimed to link the nation's extremities with East-West and North-South corridors.

The 2000s and 2010s have seen an increasing rate of road building in India. The Golden Quadrilateral Project was completed, and the East-West and North-South Corridors are close to completion. Current programs specialize in building roads in India's hilly and isolated regions. The Indian road transportation system has also given road access to rural areas, bringing them into connection with the rest of the country.

As we have already stated, road transportation accounts for a significant amount of transport volume in India. It accounts for 70% of freight and 80% of passenger traffic nationwide. It also has a substantial share in the nation's GDP, around 6%, according to 2018 figures. A major share of freight and GDP share passes through the National Highways.

Proportional to the significance of the road network, road logistics is a critical player in the logistics sector of the economy. The industry has great scope for expansion and development. Over the last decade, many startups have been established in the field to address various pain points. The benefits of digitization and automation are not yet accessible to everyone. Experts predict that the road logistics market will keep growing significantly in the near future.

Road transportation connects supply and demand in a variety of fields, including industry, agriculture and finance. This connection helps the economy thrive and increases the dispersal of goods.

Advantages of the road transport system

Any mode of transport has its advantages and disadvantages. We discuss the benefits of road transport first, below.

Vehicles for road transport can be owned by private individuals, unlike rail or air transport. The investment involved is significantly smaller; hence the entry threshold is relatively low. This low entry threshold results in more service providers, driving down costs.

Further, road transport ranks high in cost-effectiveness. There are lesser intermediate steps in the process, and packing costs are much less. The need for paperwork is also lesser when compared to other means of transport. Road transport leads to savings for businesses using it.

Road transport also allows for flexibility. Customers can convey their preferences to the dispatchers, who can ensure that their specific delivery instructions are met. This level of flexibility is impossible with other means of transport due to their more extensive scale and schedule adherence.

As we have discussed before, road transport fleets can be owned by private individuals. This freedom results in a more open market, providing competing services and letting the customers take the best pick. Another outcome is that some businesses can become self-reliant and own their transport service if it is sustainable. This option reduces their need to depend on other service providers.

Road transport is the fastest for most regular cargo, especially over short distances. This speed is because of the high road density and the range of service providers available. In addition, the amount of packing and unpacking needed is less as intermediate steps are removed.

No system is without flaws, and road transport has its disadvantages too. Here we list the prominent ones.

Impacted by outside circumstances

External circumstances like extreme weather and natural disasters can slow down and even halt road transport to an area. In times of monsoon, for example, places with severe rainfall can have their supply lines choked. Similarly, hilly regions suffering from landslides can face shutdowns in road transport.

Accidents happening on the road is another major issue. They can cause delays or losses in transit that eventually lead to losses in revenue for businesses and loss of goods for customers.

Not ideal for certain dispatches

For larger cargo or goods dispatched over long distances, the cost-effectiveness of road transport drops. This drop is because air and rail transport handle greater distances better. The time lost in paperwork is made up by the faster travel time. Additionally, most road transport vehicles are in the small to medium category. Finding large volume goods carriers can be more difficult.

The Indian road transportation industry is largely unorganized. There are a large number of middlemen and procedural difficulties that can slow down operations. Further, the lack of central organization makes it harder to address grievances. Profit margins grow smaller due to high overheads, making operations difficult for service providers.

Road transport is ubiquitous in India. It has its unique advantages as well as challenges to face. In recent years, there has been a spurt in startups to address various deficiencies in the field, revamping and modernizing it. With the full support of technology and the latest practices, it can grow to play an even more critical role in the economy.

At LogiPe, we understand how important timely payments are for the successful running of a company. We seek to help logistics service providers digitize their spending and manage expenses well. Visit our site to learn more about how our services can help your firm! .